The IMN Virtual Café Conversations are monthly opportunities to participate in a conversation about a transitional ministry topic. As a IMN member benefit, these conversations are open to settled clergy, interim clergy, lay leaders, transitional clergy, and judicatories. Using Zoom video conferencing, or your telephone, you will be in a topic-specific 90-minute conversation with your colleagues and a host with experience on that topic.

COMMIT NOW TO BE A PART OF AN IMN VIRTUAL CAFÉ CONVERSATION! 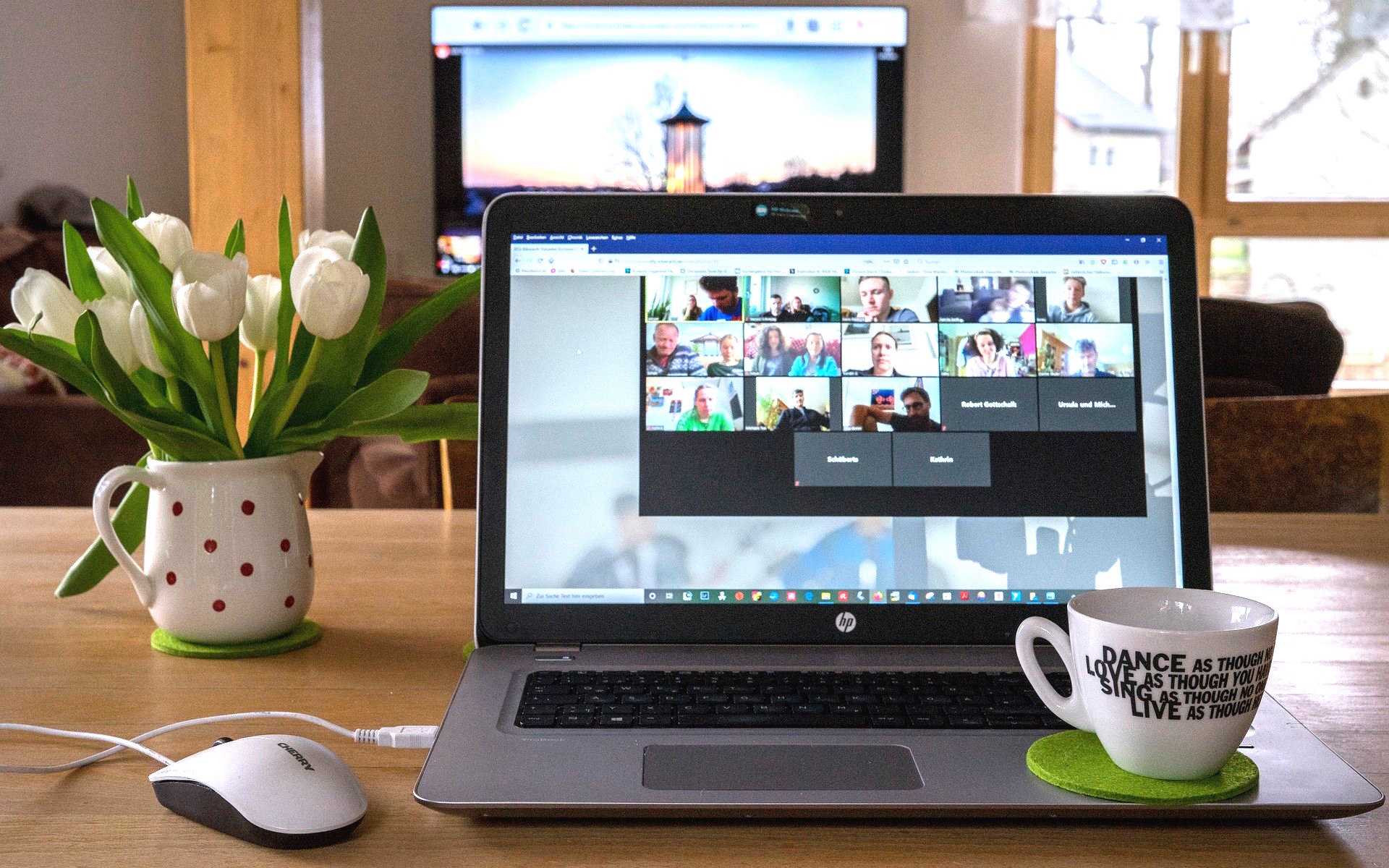 The past several years have challenged leaders in many ways.  Those of us already doing work on cultural change have found ourselves diving more deeply into change and transformation than ever before.  Some may feel stressed and weary, AND the call to serve Spirit is more needed than ever before. Continuing to serve in this dynamically changing world calls us to be resilient.  A key aspect of resilience is connecting with joy.  In this conversation, we will consider concerns with loneliness, the need for connection, and the experiences of exhaustion in our community. We will share our experiences and practices of reclaiming joy.

Rev. Cynthia Vermillion-Foster has been consulting with ministries in the US and Canada for 15 years. This includes interim and transitional work, leadership development and conflict transformation. She is passionate about systems thinking, supporting cultural change, and creating spaces for communities to discover and express their full potential. Cynthia is Interim Ministry Trained, a Healthy Congregations Facilitator, and is working on certification as a mediator through Conrad Grebel College in Kitchener.

An ordained Unity minister of 25 years, Cynthia served as the Director of Member Services for Unity Worldwide Ministries where she oversaw all aspects of ministry services.  With her husband, Rev. Don Foster, Cynthia served ministries in Chantilly, VA and Hamilton, ON.  She is the 2016 recipient of Unity Worldwide Ministries’ Myrtle Fillmore Award and Unity Canada’s 2017 Northern Lights Award. Cynthia’s first career was as a ballet dancer.  The metaphors of dance and movement continue to inspire Cynthia on the spiritual journey which she views as an ongoing dance of discovery and growth. revcvermillion@gmail.com; www.openheartconsulting.org

Have you considered expanding your search for interim work in a denomination other than your own?  Have you had the opportunity to serve across denominational lines?  Please join us for a conversation on Crossing Denominational Boundaries.  Bring your questions, and bring what you learned by experience.

Presenter:  After serving in one settled pastorate, since 1989 Lynn Carman Bodden (UCC) has enjoyed twenty different interim experiences in a variety of denominational settings in five different US states.  A member of the IMN Board of Directors (1995-2001, 2018-2021) and of the IMN faculty for eighteen years, she worked with colleagues from most of the denominations represented in the IMN membership.  For over ten years, she was the lead faculty for IMN contract events with the Unitarian Universalist Association and the Central Conference of American Rabbis.  She looks forward to sharing about the differences in the role of the interim clergy leader, in the terms of the interim period, in vocabulary and polity and whatever else participants bring to the conversation.

During this conversation we will talk about the challenges and joys that I have experienced in work that is post-retirement. I am 77 now and like many my age I continue to feel energy and purpose. My curiosity and creativity don’t feel much different than when I was younger; but they are now enhanced by a lifetime of experience. In the workshop I will offer from my experience of working while retired, offering examples of how to word a contract, how to negotiate time and responsibility as well as pay, and encouragement for any who wonder if they are ready to begin a new adventure in the freedom to minister while pensioned.

There will be lots of time for questions and sharing of our various experiences. I hope you will  join me and others as we look at what may be an emerging blessing for the church as well as clergy who are retirement age and yet don’t feel ready to quit entirely.

The Rev. Alan Mead began attending IMN Annual Conferences in 2003 and began his first intentional interim ministry adventure in 2004. That adventure continued with six interim positions before retiring from active ministry in the summer of 2012. Since retirement Alan has done two half-time interim positions, each lasting between two and three years, and also served as Communications Minister for IMN since January 2015, finishing that contracted position this past June as IMN prepares for Cynthia Huheey’s approaching retirement. Since finishing the job with IMN I have, other than some travel, continued to serve most Sundays as a supply priest for different congregations as well as an additional job for our Diocese where I have been designated Chaplain to the Retired since February, 2019. Additionally I was asked to be a Provincial Chaplains Coordinator by the Episcopal Church Pension Fund. Pat serves with me in that responsibility, which we began in July this year.

When retiring at the end of July in 2012, I had every intention of enjoying more leisure time with my wife Pat and our children and grandchildren. That did happen, although differently than planned. The two interim positions were local and didn’t require a move. My work at IMN was a work of love and continued through each post-retirement interim position. And the challenges of interim work were real, with tense moments as well as joyful times, and somehow, much more fun.

Transitional Ministry and Trauma:   What is the Story?

Trauma has significant impact in congregational life. During the transitional time,  the interim minister encounters the effects of trauma without knowing what actually happened. Often no one is willing to talk about what happened or it is told only through a single story (which isn’t always true).  What does it mean to do transitional ministry in a traumatized system and what helps?   How do gauge reactivity and proactivity in congregations?   How do we open doors and windows to new stories and possibilities in the face of a traumatized single story life of a congregation?

He is the former  Director of the Office of Bisexual, Gay, Lesbian, and Transgender Concerns for the Unitarian Unversalist Association.  He held that position  for over 14  years from 1996-2010.

He has visited over 450 UU congregations across the United States and Canada, served on the IMN Board, and has lead workshops at the IMN Conference.  Currently he is working with the IMN on combining the 2 IMN curricula (Work of the Leader and Work of the Congregation) into one year long training.

A former elementary school teacher, Keith also has taught an online class for Starr King School for the Ministry, our UU seminary in Berkeley, on children’s literature.  He also leads workshops on the enneagram, plays  and teaches tennis, and collects children’s books in his spare time (He has over 9,000 of them.).

Leading a staff team, creating clear expectations, coaching for success, holding boundaries for work processes and products …. Staff management in a congregational setting can be challenging in the easiest of times.  Complexity increases when the clergy leader is working virtually, perhaps from a substantial distance; when staff are working fully or partially from home; when new uses of technology bring a shift in processes and expectations.  We bring our questions, our experiences, our insights to share as we draw on our collective wisdom in changing times.

Rev. Dr. Margret A. O’Neall (she/her) is a Unitarian Universalist Accredited Interim Minister serving churches in times of transition and development.  She serves on the IMN Board and faculty.  Margret holds academic degrees in Community Development and Sociology and earned her Master of Divinity from Meadville-Lombard Theological School.  She entered intentional transitional ministry following a 35-year career working in the public and private sectors, and her call to ministry follows her passion for the transformational process that individuals and organizations may engage with intention in times of change.

No Congregation to Small

In these times, many congregations are thinking they are “too small” to do any number of things. And yet, many small congregations are finding ways to do creative things with their buildings, with their leadership, with spiritual renewal and creating impact in their communities. While the reality of reduced membership, shrinking funds, building upkeep and maintenance, fewer volunteers, etc. must be acknowledged, there may be alternatives yet unexplored. This is an opportunity to share and hear from others with experience of working with and in smaller congregations.

Rev. Todd Yonkman a pastor, author, and coach who works with individuals teams, and organizations in creating new, life-giving futures. He has been engaged in professional ministry for the past 25 years serving congregations in the midwest and northeast as a settled pastor, Transitional Senior Minister, Senior Co-Minister, and church planter. Todd is currently serving as Designated Term Transitional.

These offerings are FREE to Current IMN members. The first 15 members registering for each IMN Virtual Café are guaranteed a spot in the conversation. Others after the first 15, will be saved for future dates of the topic.  To register click on the topic below and add to cart. Complete the information on the shopping cart and SUBMIT.

We will contact you in a separate email with confirmation and the Zoom details.

Please consider giving a donation between $25 and $250 before, during or after the Conversation cafes, so that we can continue to offer relevant resources to you especially during the uncertain, fast-changing time. Make your donation here.